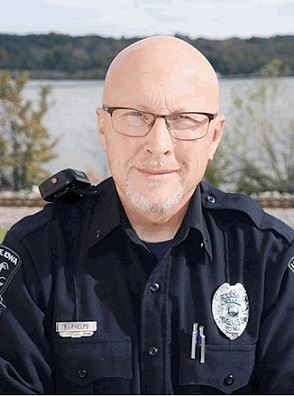 Corporal Roger Phelps began his law enforcement career in 1987 as a reserve deputy for the Clinton County Sheriff’s Office and then was hired as a full-time deputy in 1989. During his career he worked as a patrol deputy, investigator/detective, patrol sergeant, supervisor for a multi-jurisdictional narcotics task force and was a team leader on the county’s multi-jurisdictional tactical team. Roger has received numerous awards for his narcotic investigations and received two Life Saving Awards during his career with the Sheriff’s Office. In 2009, Roger left the Sheriff’s Office to pursue other life goals. In 2011, Roger returned to law enforcement and began working for the LeClaire Police Department as a patrol officer. Currently, Corporal Phelps is an active member on patrol and assists with the day-to-day operations of the department.