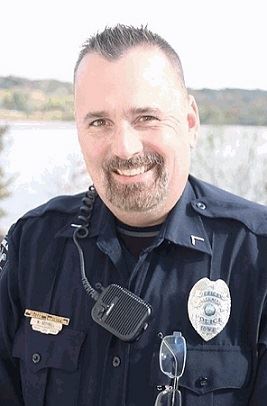 Officer Mark Cottrell is one of our night shift officers. He joined the LeClaire Police Department in 2010. Officer Cottrell grew up on the Jersey shore and joined the Marines right out of school. He served the majority of his time in the Marines as an Infantryman and finished out his service as a Platoon Commander and Instructor at Marine Combat Training Battalion, Camp Pendleton in California. Officer Cottrell left the Marines in the late 90’s to start a family. He first moved to Iowa to attend Palmer College of Chiropractic. Upon graduation he returned to New Jersey to practice with his wife. A love of the outdoors and Midwest values caused Officer Cottrell and his family to return to Iowa in 2007. He practiced Chiropractic here until he joined the department. Officer Cottrell serves as the department Firearms Instructor, Armorer and is one of our Field Training Officers.